Silicon Mitten is Happening: The Secret Revival of Detroit 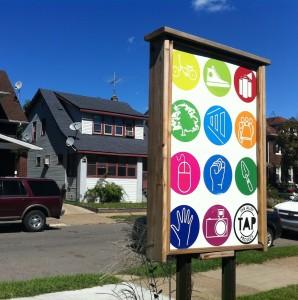 That is simply not true.

On the last weekend before fall set in, I joined 120 invited guests at a curated weekend called Another Detroit is Happening. Hosted by a small committee of young Detroit entrepreneurs, the weekend’s purpose was to invite other young business leaders, technologists, investors, philanthropists, and artists into the city to tell them the other stories of Detroit. What started as a mysterious gathering of friends quickly caught attention (including the governor’s!).

I’d written about Michigan’s burgeoning start-up scene last December (“The New Start-Up Scene: Silicon Strip to Silicon Mitten”), so I was thrilled to dive in and explore a region I call Silicon Mitten. As I’ve mentioned before, the “Silicon” moniker isn’t literally about tech—it’s about being innovative, young, hungry, and not afraid of failure. The risk-taking spirit of Silicon Valley is evident all over the city of Detroit, from the social entrepreneurs to the urban farmers to the street artists, and they’ve added their own distinctly “mitten” flair.

If all you know about Detroit is the story of a struggling automotive industry, here’s a peek into what’s really happening at the center of the Mitten State:

The warehouse’s owner, Phil Cooley, was one of our hosts for the weekend, and he is reimagining how businesses contribute to communal space. Weekend attendees saw Ponyride up close, as we stayed in a makeshift tent city in the warehouse’s yard.

Walking around Ponyride, you get a sense for the entrepreneurial, roll-up-your-sleeves energy in Detroit. Unlike incubators on the coasts, the space’s focus on craft and hands-on problem solving is palpable in the layout of the building and the business models of its inhabitants. Signs for chores hang in bathrooms and hallways. Sheetrock and piles of fiberglass insulation await installation. Company signs proudly proclaim: Made in Detroit. 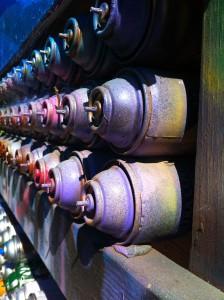 We also visited a residential neighborhood in southwest Detroit where the community is using art to battle problems with gang graffiti. The Alley Project (TAP) connects artists with homeowners who allow the garage doors of their neighborhood’s interior alleys to feature spray paint murals. The murals enrich the aesthetics of the community, provide a creative outlet for the artists, and have earned the respect of local gangs who largely steer clear of the installations.

Every mural installed also becomes a workshop where local youth can build and create: Fixtures are reclaimed from closed schools and sliding glass doors feature DIY “stained glass” made from the lids of used spray paint cans. “The spray can is an iconic symbol,” said one of TAP’s curators, holding up one of the small pyramids of empty cans glued together, which serves to create bricks for furniture and structural art. “We look at them as building blocks, using them as the foundation of street art culture here in our city.”

Detroit Revitalization Fellow Erin Kelly gave a fascinating presentation about how to deal with the city’s 72,000 deserted residential structures, which have a tendency to reduce surrounding property values and attract crime. Highlighting the waste and inefficiency in the city’s failed culture of brute demolition, Erin described an alternative solution called deconstruction—the process of thoughtfully dismantling a building to harvest added-value materials and recycle where possible. The labor-intensive deconstruction ecosystem seems to be an elegant solution for an economic region whose abundant “natural resources” include abandoned buildings and unemployed workers.

After Erin’s presentation, we broke into small groups to brainstorm with local social entrepreneurs about the challenges of developing a deconstruction industry in Detroit. The room was full of ideas on scratch paper, sketching out business models and new ideas for sustainability in Detroit’s infrastructure industry. 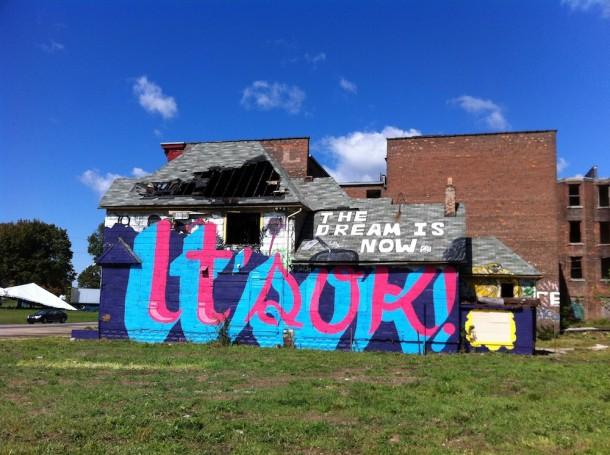