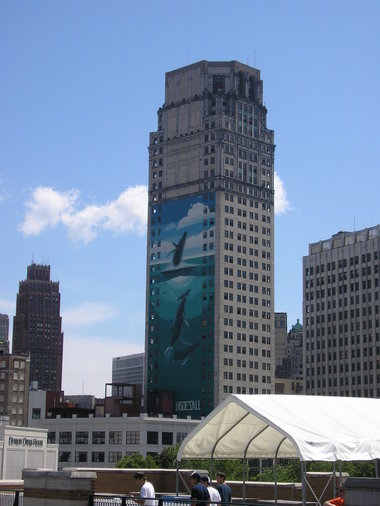 DETROIT, MI – A new training center aimed at boosting Detroit’s talent in the technology sector has opened in the Broderick Tower at the foot of downtown on Woodward Avenue.

Grand Circus, as the tech training institute is called, will offer more than 30 different classes in technology, business and design beginning in September.

“We teach the latest in mobile and web development, but we don’t stop there,” Damien Rocchi, CEO and Co-Founder of Grand Circus, said in a release Thrusday. “We also teach innovation, entrepreneurship, and design.”

Rocchi decided to start Grand Circus with a partner after working in a collaborative tech space at the M@dison Building.

Gilbert et al have been keen on turning the Woodward Avenue corridor in downtown Detroit into a tech hub, but throughout the Metro Detroit area the demand for tech savvy positions such as software engineers has outpaced supply.

“As Detroit continues to grow and evolve its technology core, developing creative and talented technology professionals is critical,” Linkner, who is managing partner of DVP, said in a release for Grand Circus. “We are excited about the important role Grand Circus will play in the city’s continued revolution.”