In April, the first cohort of 20 students were enrolled in SEMCA’s Going PRO Readiness Initiative, a pilot program with Henry Ford College in the pharmacy tech program. SEMCA committed to training 25 participants with five participating in the apprenticeship. Henry Ford College, CVS Health and SEMCA Michigan Works! collaborated to create a shorter but more intensive program for a group of committed individuals. 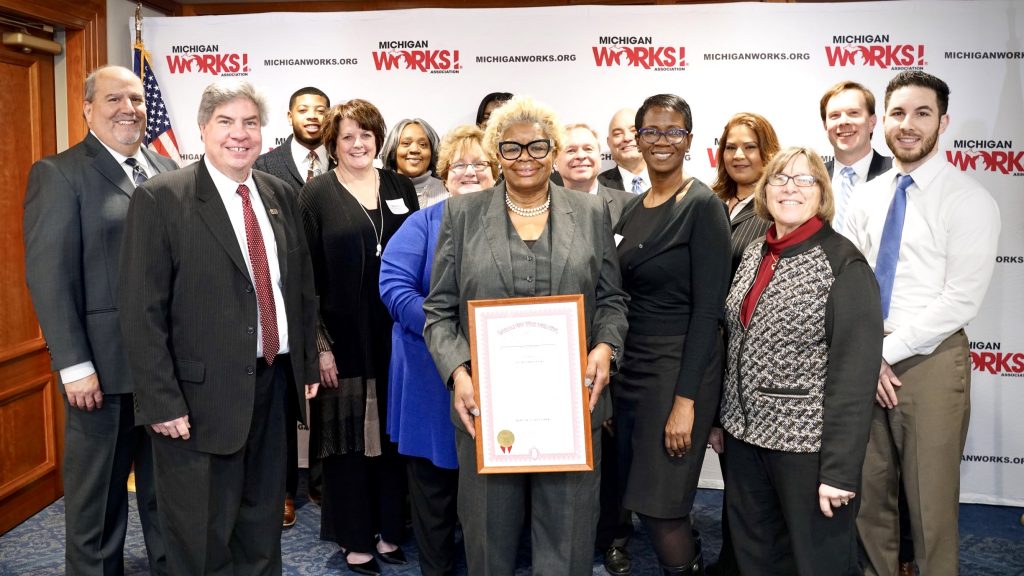 Von Banks came to Michigan Works! with doubts of being able to participate in training programs due to ongoing child care issues.  Ms. Banks was approached with the CVS Health/Henry Ford College learning opportunity in early 2018. Michigan Works! assisted her with funding for the training, fingerprinting, uniforms and gas to travel for training. She also took advantage of mentoring and resume support. Von has graduated and applied for her pharmacy technician license. CVS Health chose to provide apprenticeships to all students instead of just five as planned and hopes to hire them all when they complete the apprenticeship.

The Impact Awards, hosted by Michigan Works! Association, recognize the economic development success being achieved in communities across Michigan. During the event, local lawmakers present tributes to dozens of honorees from across the state.

Michigan Works! Association is a non-profit membership organization that provides services and support to Michigan’s talent eco-system. For over 30 years, the Association has been the go-to resource for federal, state and local workforce initiatives.